If you or someone close to you has had fibromyalgia, chances are you have already familiarized yourself with its incapacitating symptoms such as muscle and bone pain, fatigue, sleep troubles, cognitive issues, and many others.

Fibromyalgia is a chronic, long-term condition that impacts about 3-6% of the world population, according to the National Fibromyalgia Association. In the United States, as many as 10 million people have fibromyalgia. Women are twice as likely to suffer from it than men. It is often diagnosed in middle adulthood.

Dealing with a chronic health condition like fibromyalgia can be an everyday struggle for people who have it. When you have it, you feel pain all over your body even when you’re not sick or injured. The possible experiences and complications that fibromyalgia patients go through should not be taken lightly.

Fibromyalgia is a unique and complex condition. It is not categorized as an autoimmune disorder, nor is it inflammation-induced. Although researchers have yet to establish its definite cause, they have identified issues within the central nervous system as a possible origin.

How Fibromyalgia Is Diagnosed

Since pain is subjective, and there are no specific tests that would give fixed results, fibromyalgia diagnosis is completed based on symptoms.  Nearly everyone who has fibromyalgia reports widespread pain all over their body. Some of the other recognizable symptoms of fibromyalgia are as follows:

Most people must undergo several doctor’s visits and diagnostic tests before a fibromyalgia diagnosis is given. The laborious process is required to rule out other possible health conditions since fibromyalgia shares its common symptoms with many other disorders.

The Link Between Fibromyalgia and the Central Nervous System

The central nervous system is composed of the brain, brainstem, and spinal cord. Fibromyalgia stems from an issue or miscommunication in the way the brain processes pain signals and other sensory information. In fibromyalgia patients, pain signals are magnified as the nervous system is in a persistent state of high reactivity. For instance, a simple touch or feeling that is ordinarily painless can be felt as extremely painful by people who are suffering from fibromyalgia.

The Role of the Brainstem in Fibromyalgia, and Getting to Its Root Cause

Upper cervical chiropractic care is a gentle and specific type of chiropractic care that concentrates on the uppermost vertebrae in the neck, particularly the atlas (C1) and axis (C2) vertebrae. This fragile area of the spine does a crucial job of protecting the brainstem from damage.

The C1 and C2 vertebrae, when in correct alignment, provide a durable layer of protection for the intricate nerves and tissues of the brainstem. However, an upper cervical misalignment can put pressure on the brainstem, resulting in malfunction and distorted pain processing. This can result in the development of fibromyalgia.

By now it should be clear that the root cause of most fibromyalgia symptoms comes from a misalignment in the spine, and that upper cervical chiropractic care can help you address it.

With Trillium Spinal Care in Rochester, Minnesota, you only receive an adjustment that is necessary and based on scientific assessments. Our upper cervical chiropractic care includes multiple diagnostic examinations to ensure that we give a personalized treatment for your case. We do not resort to forceful twisting or popping to return your bones in their normal positions. We check your adjustments on follow-up visits to ensure your body is responding to the gentle corrections we make.

Our goal is for you to hold the normal alignment of your upper cervical spine for as long as possible so that you achieve long-term recovery and health. Contact us and let us take care of your fibromyalgia symptoms the best way possible! 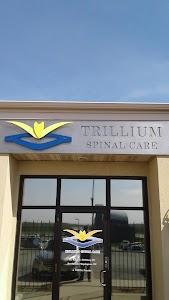 Michael Burke
18:12 23 Jan 18
My wife began going to Trillium in Fall of 2017. She has a long history of back, neck, and spinal issues and has been seeing various chiropractors for over a decade. In the last 1-2 years, "traditional" chiropractic care became less and less effective with adjustments only being effective for a week or less. She noticed an immediate improvement after her first adjustment at Trillium. She had much less pain following this initial adjustment. After 3 adjustments, they were now holding for well over a month.I began going Trillium in December of this year and I too experienced an immediate improvement. Their adjustments were light years more effective than "traditional" chiropractic care and much less invasive. My initial adjustment has been holding for about a month now.Both my wife and I couldn't be happier with these results.read more

Kelly Glander
17:04 04 Dec 17
These guys are amazing! I have never had any pain when having an adjustment. They are very friendly and informative! Very glad I found Trillium and would highly recommend both doctors!read more

Scott Speer
21:15 15 Nov 17
My experience was Trillium was life changing. I had a TBI Concussion in early April and for most of summer I experienced every underlying symptom associated with brain injuries. I was referred by my Neurologist, who was associated with a reputable healthcare facility. He noted that this form of non-invasive treatment may help me to advance. The good news, I made more progress after being treated by Trillium. I found them to be understanding, compassionate and committed to helping me to recover from my injury. Don't wait, make a phone call - it might be life changing for you also.read more

Megan Kuth
21:16 19 Sep 17
After an injury to an artery, I was limited on spinal care. Or so I thought! I met Dr. Mapalagama, she introduced me to NUCCA care, and I knew I had to try it. Both Dr's are patient and considerate. They explain everything they are doing and what you can expect. The adjustments are incredibly gentle AND effective! I haven't had a single headache in a month, after suffering with multiple headaches every month on average. Highly recommend to anyone looking for another approach to spinal health.read more

Barbara Zelinske
01:18 28 Dec 17
Trillium Spinal Care is life changing. Dr Stittleburg and Dr Mapalagama are very skilled at what they do. I have had many chiropractic adjustments over the years but rarely held an adustment until I came to Trillium Spinal Care. This place is the best!read more
See All Reviews Write a review